So what does a writer do while he waits to hear back if his book will be bought by any publishers? Well, the best idea was to start work on the next novel. After all, when I met with Michele (my literary agent in NY) regarding my current book that she sent out, she asked, "What's next?"


I'm doing research. The book is set in two time periods:  Victorian London and present-day New York.  I've amassed a great deal of research material about Victorian London, including old maps, photos, language styles and etiquette.  I used some of this information for Dracula the Un-Dead.
At present I'm researching the 'profiling of serial killers' (not light bedtime reading).  This is not just to get into the mind of a serial killer, but, more importantly for this novel, to get into the mind of a profiler.  The protagonist in my next novel is a profiler so in order to find her authentic voice I need to find what motivates one.
I have ordered some books that detail some profilers' case studies, and it's been quite fascinating to read the train of thought of a profiler as they explore the darkest side of humanity. Psychologist Carl Jung believed that everyone has a darkness or shadow inside of them. He also said, "Knowing your own darkness is the best method for dealing with the darknesses of other people."
Real life is very different from the neat and tidy crime-fighting format that you see on certain current TV shows where the murder is solved and the sociopath brought to justice.  More often than not, killers are still out there because the law interferes with justice.  Police departments and District Attorney's offices refuse to listen or re-examine the evidence.  Reading these cases, it's hard not to get infuriated by narrow-minded pigheaddedness.  Something I can relate to, on a lesser scale, as I've experienced the law enforcement's impotence when I was a victim of fraud. Even though I had a huge papertrail of evidence, the local police, the FBI, the RCMP, NYPD and the District Attorney's office of New York were not interested in helping me... they just passed the buck or ignored me. I can't even begin to imagine how that must feel for the profiler or the victim's family when the 'Law' allows a killer to roam free because there is no rule or law that states they have to investigate a crime even if it's inconvenient for them. Profilers encounter these issues all the time, and yet they carry on.
I try to be analytical as I read of some horrific murders that have taken place and the facts are far more disturbing than anything I've seen on television.  Now, as I try to create my fictional killer, one thing that is clear from these cases and from the most diabolical figures from history: evil people don't see themselves as evil. In their own sick, twisted way they are doing what seems logical in their minds.  As an author I have to find that truth in the motivation of my character.
When Robert Bloch wrote the novel Psycho, which was later adapted into the famous Alfred Hitchcock film, he loosely based the character of Norman Bates on some newspaper articles he found about the serial killer Ed Gein.  The newspapers at the time did not publish the gory details of Ed Gein's murders and mutilations. Only after his novel was complete, did Robert Bloch finally read all the ghastly details.  There was one startling similarity that Robert Bloch created for Norman Bates that Ed Gein actually committed.  Art imitating life by chance. It was so disturbing for the author that Robert Bloch couldn't look at himself in the mirror just after that discovery.
I put my research down, and go watch a sitcom on television to try to shake it off.  But it's hard to do. I make some notes, then go check on my daughter who is asleep in her room. At six years old, she still sleeps with a night light on, and insists that her closet door be kept shut.  I understand. I recall as a child fearing the monsters that lurked under my bed.  Eventually l grew out of it and learned that there are no monsters under the bed or in the closet. No green, hairy fanged beasts with horns. The real monsters look like the person down the street, and rarely have a 'sinister' look to them. 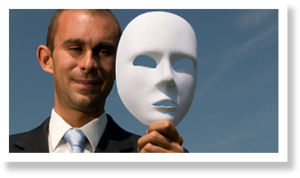 Posted by Alexander Galant at 14:21